PLEDGE OF ALLEGIANCE SECRETS: Freemasons & Freedom, to See or Not See

In this astonishing document, celebrated attorney, journalist and historian Dr. Rex Curry painstakingly explores some more of the world's most closely guarded secrets, exposing clandestine cabals and the power they have wielded throughout time. Each copy is autographed on the last page by Dr. Curry.

* the history of the Freemasonry and its relationship to the growth of government.

* the history of the Nazi Party and its relationship to the Masonic Order in America and elsewhere.

* the enigmatic origin of Nazism's straight-armed salute is revealed, as well the Freemasons who were its creators in the USA three decades before the Nazis.

* the unveiling of the true significance and meaning of the Swastika symbol, its use in America and its later use by the Nazi Party.

* the medieval history of Freemasonry and its esoteric beliefs and relationship to the Knights Templar.

Conspiracy buffs will have a field day wading through this news-breaking, history-making information. As part of this framework the article points to future breakthroughs on the origins of the Morgan and Rothschild banking dynasties, the Council on Foreign Relations, the Bilderbergers, the Vatican, WWII and Nazi occult dabblings, Zecharia Sitchin, the Russian Revolution, The Chinese Revolution and the socialist Wholecaust (of which the Holocaust was a part) 62 million dead under the United Socialist Soviet Republics; 35 million dead under the Peoples' Republic of China; 21 million dead under the National Socialist German Workers' Party.  This article supplements a host of maverick theories.  The death toll was so bad that Holocaust Museums would quadruple in size with Wholecaust Museums to document the entire slaughter. The conspiracy trail winds up back in the good old U.S.A., as it plies territory mined by less thorough conspiracy writers. This article has the semblance of plausibility that helped make Curry's ideas into bestsellers.

This article adds a completely new dimension to, and is a resoundingly different point of view from the authors of these books that are available through Amazon and elsewhere -

* The Secret History of Freemasonry : Its Origins and Connection to the Knights Templar by Paul Naudon
* The Book of Hiram: Freemasonry, Venus and the Secret Key to the Life of Jesus by Christopher Knight
* Meaning of Masonry by W. L. Wilmshurst
* Civilization One: The World Is Not as You Thought It Was by Christopher Knight
* Rule by Secrecy: The Hidden History That Connects the Trilateral Commission, the Freemasons, and the Great Pyramids by Jim Marrs
* Illuminati 666, Book 2 by William J. Sutton
* Proof of the Illuminati by Seth Payson
* New World Order: The Ancient Plan of Secret Societies by William T. Still
* Virtus Junxit Mors Non Separabit (Whom virtue has united, death shall not separate) Skull and Bones


This manuscript also explains how German National Socialists were influenced by National Socialists in the USA as far back as 1888. Two famous (or infamous?) Americans were self-proclaimed national socialists in the USA and were active with the "Nationalism" movement, "Nationalist Clubs" worldwide, the "Nationalist" magazine, the "New Nation" magazine, and the "Nationalist Educational Association."  They both idolized the military and wanted the government to impose the military system on all of society in what they called "military socialism."   It is also explained in a forthcoming book "Swastika Secrets" (By Dr. Rex Curry). 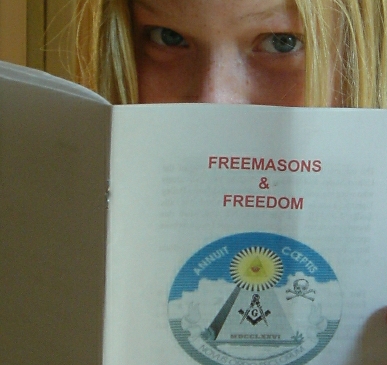 
Rex Curry is an attorney and the author of many articles published worldwide on news-breaking topics about history and individual liberty.  A historian of the Templars and Masons, he is a renowned investigator into ancient and modern history.

The manuscript includes descriptions of news-making discoveries about the swastika's history and how the discoveries transpired, memorializing the events for the sake of posterity.   It also serves to authenticate the discoveries and that the documentary paper is a collectible item acquired from the website that archives the work of the lawyer and historian who made the historic discoveries.

Attorney Curry is a collector and dealer in amazing images, discoveries and manuscripts like this and is happy to be able to provide it to others. As a libertarian and a lawyer, he acquires amazing images and manuscripts while providing legal services nationwide and worldwide as a business attorney and in criminal defense and that expands this dealer work constantly. Please make contact about any need.  Rex also works with jewelry, wrist watches, coins, stamps, collectibles, watch crystals, watch repair parts, wooden cabinets & tools etc. 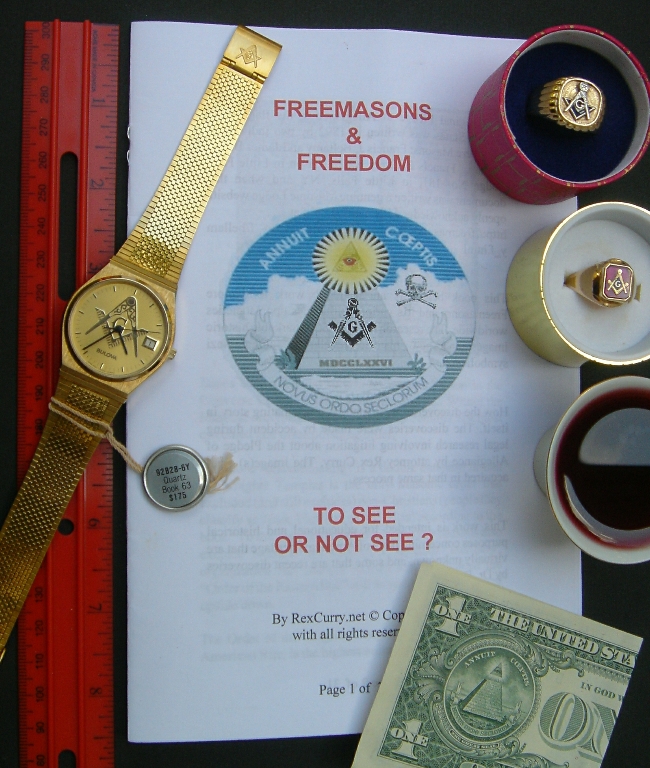 This sale is only of a copy of an original manuscript and is the particular manuscript that is mailed, and the seller retains all copyright/copyrights including the right to sell the same image and manuscript, other copies of them, or the original image source, to other buyers as many times as the seller desires.

This sale is of a copy of the book with pages approximately 8 1/2 by 5 1/2 inches and at least 24 pages in length (it might grow in page length).  There is $5 for packaging and handling, but the postage calculator on ebay adds it automatically to the postage amount so don't pay extra. Payment is in US Dollars so Money Orders outside the US should be adjusted for the exchange rate  ( here is a conversion service http://pages.ebay.com/liveauctions/included/staticCurrConvert.html ). Please send the staff a note in 3 days of the method of remittance that is most convenient for you. Payment by check will delay delivery.  If mailing payment then post to:  Rex Curry, P.O. Box 8816, Tampa, FL 33674-8816.   Email to rexy@ij.net