SELL THE ROADS: THE PRIVATIZATION OF ROADS & HIGHWAYS

Editorials about "shortchanging Amtrak" are always shortsighted and  socialistic. Anyone who believes that socialism helps transportation usually makes the same mistake about socialism in other areas.  Government harms transportation just as it harms everything. http://rexcurry.net/roads.html
Everyone would already have better rail transit, mass transit and general transportation if government/socialism had stayed out of the transportation business.  Official policies helped destroy rail transportation, mass transit and other transportation alternatives.  Government subsidies to roads and bus systems displaced trolleys and private railroads. http://rexcurry.net/tag1c.jpg
In the past, private enterprise was at the forefront of mass transit. Private railroads put Florida on the map, with Flagler's railroad going south through Florida all the way to Key West, and Henry B. Plant's railroad putting Tampa on the map. http://rexcurry.net/moneyribbon.jpg
Of course, capitalists also created cars and roads.  The Gandy Bridge and Ben T. Davis Beach, were both named after the capitalists responsible for the Gandy Bridge and the Courtney Campbell Causeway, respectively, George T. Gandy and Ben T. Davis. George Gandy even lived in his toll house that straddled his privately owned bridge.
The preeminence of private mass transit changed when government took over the road-building business.  Many neighborhoods were literally torn down as part of transportation "planning" and the construction of Interstate highways. 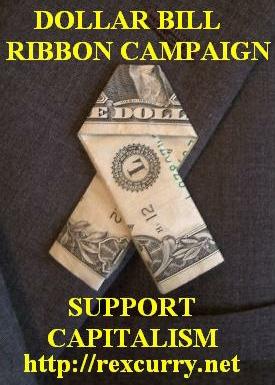 Public highways and local government's monopoly bus systems displaced trolleys and private railroads, leaving historic depots decaying.  Hypocritical people want the government to preserve old depots that their policies left idle.  Simultaneously, they want taxes for Amtrak and rail systems to imitate the private rail systems that their policies ruined.
Today, local governments operate socialized bus monopolies so poor they discourage ridership, while outlawing free market mass transit alternatives.  The only true monopoly is a government/socialist monopoly.  As an example, Hillsborough County's government spending increased eight times (800%) over the last 10 years even though Hillsborough's population increased only 29% over that same time frame.  Despite the dramatic increase in population, ridership on Hillsborough's bus monopoly has decreased over the same 10 year time frame.
Even so, local taxes encourage people to live in rural areas and commute to city areas.  Zoning laws create harshly segregated land uses that also encourage increased commuting.  After causing irrational planning and increased commuting, politicians use the problems as excuses for even more government interference, such as 'growth management' laws.
Government is on the expressway to transportation chaos.   Government cannot provide efficient, quality transportation alternatives any better than it can provide food, clothing and shelter.  Socialism is as bad in transportation as it is elsewhere.   A society of economic and personal freedom should not have an inconsistent transportation system.
The only way rail systems will ever work is under the same conditions when they originally worked - when all transportation was private enterprise. Ultimately, government must be removed from all transportation, including the ownership and subsidizing of roads. Until then, many transportation problems will be solved if bus monopolies are privatized, anti-jitney laws are repealed and the market is opened to competing bus lines and deregulated taxis.
Until that day, capitalism will remain at the forefront of transportation alternatives.  While government plans to spend millions on grandiose schemes, private companies reduce all forms of transit with faxes, e-mail, computer modems, satellite communications, cellular phones.  Like an ad for a telephone company said: "The personal computer was invented in a house. Not in an office. Work at home. Telecommunicate."    People who support government's transportation schemes are always years behind the private sector.  People who support government rail schemes have forgotten how many years (centuries?) ahead the private sector was.

(the above was originally sent on April 2, 1995 to Edwin A. Roberts, Jr., Editorial Page Editor for the Tampa Tribune in response to his editorial)

Highways in the USA are another example of American politicians following the path of German national socialism. End vestiges of the National Socialist German Workers Party in today's government.

Highways in the USA are another example of American politicians following the path of German national socialism. End vestiges of the National Socialist German Workers Party in today's government.

The Mises Institute is pleased to introduce Walter Block's remarkable new treatise on private roads, a 494-page book that will cause you to rethink the whole of the way modern transportation networks operate. It is bold, innovative, radical, compelling, and shows how free-market economic theory is the clarifying lens through which to see the failures of the state and see the alternative that is consistent with human liberty.

He shows that even the worst, off-the-cuff scenario of life under private ownership of roads would be fantastic by comparison to the existing reality of government-ownership of roads, which is awful in ways we don't entirely realize until Block fully explains it (think: highway deaths).

But that is only the beginning of what Professor Block has done. He has made a lengthy, detailed, and positive case that the privatization of roads would be socially optimal in every way. It would save lives, curtail pollution, save us (as individuals!) money, save us massive time, introduce accountability, and make transportation a pleasure instead of a huge pain in the neck.

Because this is the first-ever complete book on this topic, the length and detail are absolutely necessary. He shows that this is not some libertarian pipe-dream but the most practical application of free-market logic. Block is dealing with something that confronts us everyday. And in so doing, he illustrates the power of economic theory to take an existing set of facts and help you see them in a completely different way.

What's also nice is that the prose has great passion about it, despite the great scholarly detail. He loves answering the objections (aren't roads public goods? Aren't roads too expensive to build privately?) and making the case, fully aware that he has to overcome a deep and persistent bias in favor of public ownership. The writer burns with a moral passion on the subjects of highway deaths and pollution issues. His "Open Letter to Mothers Against Drunk Driving" is a thrill to read!

People have known that Block had been working on this book for many years, and some chapters have been seen in journals here and there. But there is something thrilling about seeing it all put together in one place. It comes together as a battle plan against government roads and a complete roadmap for a future of private transportation.