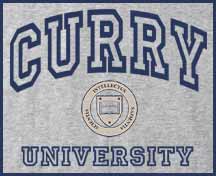 Brown v Board of Education


Brown v. Board of Education (May 17, 1954) shows how impossible it is to measure the monstrous impact of government imposing segregation and teaching racism as official policy for so long.  Government racism did much more damage than private enterprise could ever have afforded to do.  It would have been better if government had stayed out of schools altogether. http://rexcurry.net/schoolbrown.html
The Brown decision ignores how government schools started the problem that Brown ended.  When government began socializing schools in the late 1800's, it expanded government-mandated racism.  Brown is another example of government peeing on everyone and then claiming that it was rain. http://www.rexcurry.net/schoolsmain.html
The persecution described in Brown is similar to the persecution of the same victims on government school buses and on government-regulated city buses. Government forced people to ride segregated buses and to attend the government's segregated schools.
The government's takeover of education was promoted by Edward Bellamy and Francis Bellamy (author of the "Pledge of Allegiance").  They wanted the government to take over all schools and use the schools to impose their dogma of "National Socialism" and create and "Industrial Army."  The Bellamys were bigots, self-proclaimed National Socialists, and advocated that government should operate buses, schools and other services as socialist monopolies and end all of the better alternatives. When the government granted their wish, government schools imposed segregation by law and taught racism as official policy. http://rexcurry.net/pledgebigot.html
Francis Bellamy's Pledge of Allegiance (1892) was the origin of the stiff-arm salute adopted later by the National Socialist German Workers Party, as uncovered by the noted historian Dr. Rex Curry (author of "Pledge of Allegiance Secrets"). http://www.rexcurry.net/stopthepledge4.html
Because of the Bellamys, students were forced to perform the nazi salute to the US flag in segregated schools that taught racism as official policy. See the eye-popping photo at http://rexcurry.net/pledge-allegiance-pledge-allegiance2.jpg
That behavior (robotic chanting to flags with the straight-arm salute) began in the United States three decades before it was adopted by the National Socialist German Workers' Party, and the government's racism in busing, schools and elsewhere outlasted German National Socialism. The government's bus monopolies still exist to this day, as do the government's schools. http://www.rexcurry.net/pledgeracism.html
There are frightening similarities to the way anti-black laws were imposed in socialized (government) services in the United States and anti-jewish laws were imposed in socialized (government) services in Germany under the National Socialist German Workers Party.
Dr. Curry is an attorney and is often asked about important court cases, including that of Rosa Parks. Curry said, "If the government had taken over all churches then the same horror would have resulted, with government-mandated racism in government churches.  The libertarian solution would have been to end socialized churches.  It is fortunate that the Constitution prevented government churches.  It is unfortunate that the Constitution did not prevent government schools, government-created bus monopolies, and government school buses, though they are no where authorized."
In addition to ending government’s racism, Brown should have ended government schools. The separation of school and state is as important as the separation of church and state. http://www.rexcurry.net/schoolsmain.html   The government should not run Sunday school, nor Monday school through Friday school. Its not too late.
Supporters of Rosa Parks boycotted buses for a year and used other means of transportation.  They were not able to simply operate their own buses, because the buses were a government-created monopoly. They were even persecuted by the government for car-pooling on the grounds that it was an unauthorized bus substitute. http://rexcurry.net/rosaparks.html
A lot has not changed.  Parks’ descendants cannot operate their own buses today.  If they tried, then the result would be the same: they would be jailed and persecuted by local officials.
RELATED ARTICLES:
Similar behavior occurred in Brown v. Board of Education http://rexcurry.net/schoolbrown.html
Abolish the N word, Ban the N-word http://rexcurry.net/N_word_N-word_Nword_abolishthenword_banthenword_abolish_ban.html
Rosa Parks (December 5, 1955) and the bus boycott http://rexcurry.net/rosaparks.html

http://www.rexcurry.net is the first, or one of the first, to use the phrases below, according to searches of the internet and newsgroups.  The number on the left is the web search result total, the number on the right is the newsgroup search result total.   The searches show how the fault for segregation is not placed upon the government via government mandate, nor even upon "government schools" (for which the misleading term "public schools" is often substituted in the media).

THAT GOVERNMENT SCHOOLS STILL EXIST - is proof that they do not work and must end.
GOVERNMENT SCHOOLS = TOTALITARIAN SOCIALISM - stop them before its too late.
THE SEPARATION OF SCHOOL & STATE - is as important as the separation of church & state. http://rexcurry.net/schools2.html
ADD TO THE 1st AMENDMENT - “Congress shall make no law respecting an establishment of religion or education."
NEVER SAY "PUBLIC SCHOOLS"  - always say "government schools" instead. see this amazing internet search.
HISTORICAL REVISIONISM - Government schools & the media cover-up socialist horrors in the U.S.
VOUCHERS ARE BAD - just follow the analogy regarding "school & state" compared with "church & state."
SEGREGATION & RACISM  - from socialism and its government schools.  Includes graphic photography.
BROWN v. BOARD OF EDUCATION http://rexcurry.net/schoolbrown.html government racism.
TEACHING KIDS TO SAY NO TO SEARCHES - Rex teaches school for a day with a new lesson about liberty.
TEACHING KIDS TO NOT SAY THE SOCIALIST PLEDGE OF ALLEGIANCE & http://rexcurry.net/pledge1.html
SPECIALTY LICENSE PLATES - pics of car tags that laud private schools and pan government schools.