I PLEDGE ALLEGIANCE TO THE FLAG OF THE UNITED STATES OF AMERICA?

TO SEE MORE PHOTOS - click here for many more examples at http://rexcurry.net/pledge2.html
The salute was like the salute of the monstrous National Socialist German Workers' Party.  The photos might need time to load.

A QUICK SCARY OVERVIEW - about the ideas that inspired the pledge and caused atrocities worldwide.

THE BELLAMY COUSINS - Francis Bellamy wrote the pledge, Edward Bellamy inspired Francis, both were socialists,
and the ideas that inspired them and the pledge caused mass atrocities worldwide.
FRANCIS BELLAMY  - 1855-1931. He wrote the pledge and he died just as his salute & ideas became even more infamous.
EDWARD BELLAMY - 1850-1898. He wrote "Looking Backward" but he didn't have to look back at his socialist slaughter.

THE PLEDGE OF ALLEGIANCE - and the worship of government.  A different look at the ideas in the Newdow case.
A SOCIALIST WROTE THE PLEDGE - for allegiance to socialism in government schools.

THE MILITARY-SOCIALISM COMPLEX - even more secret photos of the original military salute.
THE SALUTE - Did government schools in the U.S. inspire the National Socialist German Worker's Party?

ATHEISTS & SOCIALISTS - do they disagree with the kids in the Gobitas Case?  What about the Supreme Court's Newdow case?
REPUBLICANS WHO LIKE THE PLEDGE - are they the Society of Christian Socialists? Which case do they like and why?

FANS WRITE scary details about the old pledge & survival tips if you keep reciting.
A GERMAN FAN - says "Thanks!" for showing that crazy socialists in the U.S. created the salute and ideas
before German socialists did it in the National Socialist German Workers' Party.
REWARD $$$$ - this site pays for historic photos showing the original U.S. flag salute.
POSTCARDS TO SHARE - of the U.S. flag's original socialist salute.
REX'S IMPROVED PLEDGE OF ALLEGIANCE - for government to pledge to you.
A SOCIALIST WROTE THE PLEDGE - for allegiance to socialism in government schools.

to learn more visit http://rexcurry.net the site that archives the work of Dr. Rex Curry, an anthropologist who specializes in political rituals.

I pledge allegiance to the flag of the United States of America http://rexcurry.net/i-pledge-allegiance-to-the-flag2.jpg 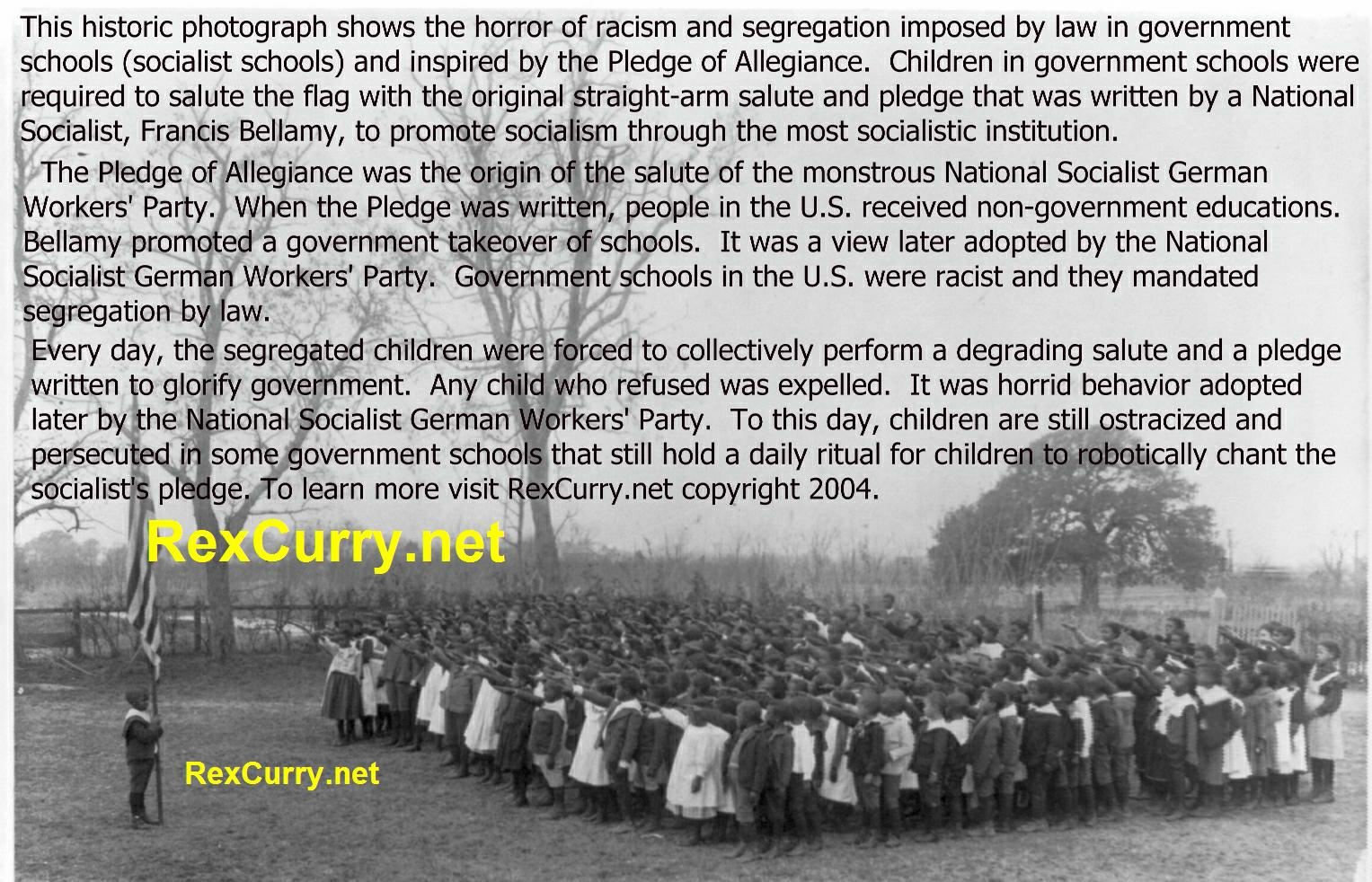 As Samuel Adams proclaimed in Philadelphia in August 1776, "If ye love wealth better than liberty, the tranquility of servitude better than the animating contest of freedom, go home from us in peace. We ask not your counsels or your arms. Crouch down and lick the hands which feed you. May your chains set lightly upon you, and may posterity forget that you were our countrymen."

To paraphrase John Acton: Few discoveries are more irritating than those which expose the pedigree of one's pledge.

I pledge allegiance to the flag of the United States of America http://rexcurry.net/i-pledge-allegiance-to-the-flag2.jpg 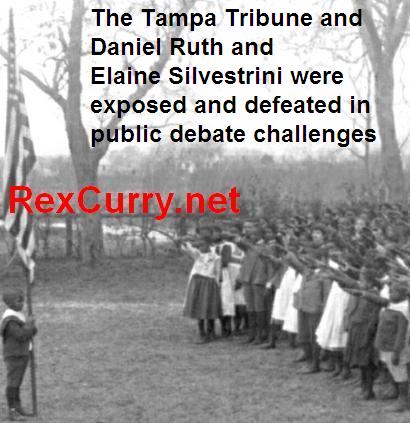 I pledge allegiance to the flag of the United States of America...

"Pledges of allegiance are marks of totalitarian states, not democracies," says David Kertzer of Brown University. "I can't think of a single democracy except the United States that has a pledge of allegiance."

The British have their national anthem, "God Save the Queen." There was a time when the singing of the anthem would follow the last show at a British movie theater. But the practice was dropped two decades ago: Too much disruption was caused in the last moments of a film by movie fans rushing out to avoid singing the anthem.